When you are contacted by the police, it can be a confusing and frightening experience.

You may not know what to do or say. 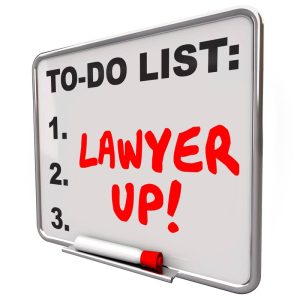 In this article, we will discuss your right to remain silent and why it is important to exercise that right.

We will also provide some tips on how to deal with law enforcement officials if you are contacted by them.

Taking the Fifth – What Does That Mean?

When a person is placed under arrest, they have the right to remain silent. This means that they do not have to answer any questions asked by the police.

The Fifth Amendment to the United States Constitution protects citizens from self-incrimination.

This means that you cannot be forced to give a statement that could be used against you in court.

It doesn’t matter if you’re sitting in the police station in an interview room or somewhere else.

If you are questioned by police officers, you should politely decline to answer their questions and ask for an attorney.

You should never give a statement to the police without an attorney present.

Cooperating with the police may not be helpful and it could actually hurt your defense.

Remember, the things you say could be used against you in a court of law.

Won’t that make me look guilty?

Exercising your 5th Amendment Right to remain silent cannot be used against you in court.

It wouldn’t be a very good Constitutional Right if you were punished for exercising it!

In fact, if you are innocent, we think the best thing you can do is to refuse to give a statement and wait for your criminal defense attorney to arrive.

If the police want to question you, there is a good chance they believe you did something wrong. You may be a suspect in the case.

The police are trained in interrogation techniques and may attempt to get you to “voluntarily give a statement” even if you haven’t been read your Miranda rights.

Do not try to outsmart the police. They are very good at what they do.

Law Enforcement are allowed to be deceptive. They don’t have to tell the truth. They may attempt to trick you into making self-incriminating statements or confessing to a crime for which they have no actual proof.

Police also are not required to tell the truth.

So what should I do if the police want to talk to me?

Do I need a lawyer? 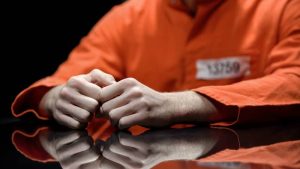 You are not required to be represented by a criminal defense attorney during a criminal investigation.

You can choose to represent yourself. We think that puts you at a tremendous disadvantage.

An experienced criminal defense lawyer can help explain your legal rights and options, including whether it’s a good idea to give a statement to a law enforcement officer.

If you are arrested, you have the right to remain silent and the right to speak to a lawyer before answering any questions.

You should exercise your Fifth Amendment right and establish an attorney-client relationship as soon as possible.

It is important to remember that anything you say to the police can be used against you in court.

Even if you are just giving a statement or being interviewed by police officers, you could say something that incriminates yourself without meaning to.

It is always best to have a lawyer present when talking to the police, even if you think you have nothing to hide.

Will the Judge be mad at me?

In fact, the Judge should respect your decision to exercise these rights.

Miranda Rights can be an important aspect of criminal law and are one of the most fundamental protections provided within the Bill of Rights.

What if I am innocent?

It is still in your best interest to remain silent and ask for a lawyer.

You might think that by talking to the police or detectives or investigators, you can clear everything up and show that you are innocent.

That’s generally not how things work.

If the police are asking you questions, they may be suspicious that you may have done something wrong.

However, things you say could be used against you in court. You might accidentally say something that incriminates yourself without even meaning to.

We think talking to a lawyer before giving any statement is always the best course of action, even if you are innocent and just want to help with the investigation.

What if I am guilty?

Again, we believe it is in your best interest to remain silent and ask for legal counsel and to speak with a criminal defense lawyer.

Even if you are guilty, you have the right to remain silent and should exercise that right.

Anything you say, including your name, where you have been, and what you have been doing, could be used against you in a court proceeding. You might incriminate yourself even further by talking to the police without a lawyer present.

If you are arrested, it is important to ask for a lawyer as soon as possible so they can start working on your case.

Who decides whether to prosecute? Is it the police?

No. The police make an arrest based on their belief that a crime has been committed and that the person they have arrested committed it.

They then turn their investigation over to the prosecutor, who decides whether to file charges.

The prosecutor is not required to prove to the police, or anyone else, that the defendant is guilty beyond a reasonable doubt.

All the prosecutor needs to do is convince himself or herself that there is enough evidence to go to trial and let a jury decide whether the defendant is guilty.

One of the most important pieces of evidence in any criminal case is the defendant’s own statement.

This is why you should never give a statement to the police or cooperate with their investigation in any way. You should always exercise your right to remain silent and speak to a lawyer before saying anything to the police.