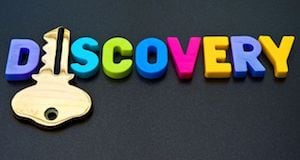 Lawsuits are intended resolve disputes in a civil, controlled fashion.

Rather than resort to “self-help,” our system of justice allows for a Cause of Action to be brought by the Plaintiff, the injured party, against the Defendant, for damages.

The dispute resolution process is subject to a complex set for rules, otherwise known by lawyers as the North Carolina Rules of Civil Procedure.

The court time allotted in Durham for such matters is limited. There are only so many days in a year and therefore session in court.

Everything possible is done to settle matters before court and, if litigation proves necessary, to make the presentation of evidence smooth and efficient.

The administration of justice demands it.

Matters unworthy of trial are intended to be resolved, either by dismissal or settlement and dismissing the lawsuit.

Issues of contention that cannot be resolved, legitimate disputes of law or fact, may be litigated in court.

That process tends to be time consuming and costly.

As such, the full and complete disclosure of information and evidence prior to trial is imperative to the Court and its schedule.

It also allows for a realistic assessment of the strengths and weaknesses of any given case, well before a jury is selected.

Civil causes of action, which may include things like car accidents, claims for wrongful death or catastrophic loss, and other “torts,” often require presentation of documentation.

Opposing counsel will not blinding accept a claim for damages without proof. Therefore, gathering and preserving evidence is often key to an effective presentation of case.

That may involve preparing a summary of medical bills and expenses. It also could include documentation of lost wages, permanent injuries, or other losses.

Claims for damages in court require the full exchange of information. The insurance carrier may be entitled to determine prior driving history, incidences of additional claims for injuries, and pre-existing medical problems or injuries.

The Rules of Discovery apply both to the Defendant, the person who caused the accident, and the Plaintiff, the party who was injured due to the Defendant’s negligent act.

Lawyers often refer to the Defendant and Plaintiff to a lawsuit as the parties to litigation.

Our system of justice is set up to encourage resolution of factual claims and legal issues prior to trial. In fact, there are additional procedures by which matters may go through mediation or arbitration as a form of pre-trial settlement.

That allows for a more efficient process and administration of justice.

North Carolina was one of Britain’s 13 Colonies in the New World. As a colony of the Crown, some of our ways of doing things in Court comes from that system of justice.

Laws known to everyone, those being “common” to all members of the community, are often referred to as the Common Law.

The Common Law applied both to the types of cases in court, as well as how manner proceed in litigation and eventual trial.

In fact, the concept of “torts” come from the Common Law. Civil wrongs are “torts.”

Those differ from criminal prosecution for criminal offenses.

The general, commonly accepted torts under the Common Law were:

Civil laws are intended to maintain the peace. The remedy for violating the law, the tort laws, is ordinarily restitution for damages.

That’s different from the criminal process of punishment for committing crimes. Interestingly enough, some criminal violations to this day may also be subject to civil litigation for money damages.

The “Prayer for Relief” by the Plaintiff in a lawsuit asks for damages and administrative relief. Damages may be actual and consequential, depending on what the Defendant did or failed to do.

The government imposes punishments for violations of the NC Criminal Laws. That may involve things like prison time, fines, community service, and probation.

What must be proven court is different between criminal court and civil court.

Defendants accused of felony or misdemeanor charges must be proven, by the State (the ADA / Prosecutor), guilty Beyond a Reasonable Doubt.

The civil court standard of proof is much lower. The Plaintiff’s burden of proof is By the Greater Weight of Evidence.

That standard may also be referred to as a Preponderance of Evidence. The Plaintiff shows to the jury that, more likely than not, something happened.

The tort of negligence ordinarily requires proof that:

Overall, the process by which materials, evidence, and information is exchanged between the parties is known as “Discovery.”

Discovery and the process of discovery as part of litigation can take several different forms.

It may include formal:

The information obtained as part of Discovery generally supplement that provided in the “pleadings” between the parties. The pleadings may include the Defendant’s formal Answer to Plaintiff’s Complaint, Defenses, and Counter-Claims.

Discovery tends to be complicated and a labor-intensive process. It’s also a very important aspect of presenting a claim in court.

It doesn’t much matter whether the Complaint is for a minor fender-bender or a something substantial involving claims for catastrophic loss or a wrongful death action associated with a 18-Wheeler accident.

The purpose of discovery is to provide a full and accurate disclosure of evidence.

The civil justice system does what it can to focus the legal and factual issues. Surprises are not appreciated by the Court.

The parties in a lawsuit, including both the Plaintiff and the Defendant, are made to provide what evidence they have as part of the process of litigation. They can’t hold information to surprise the other side at trial.

The theory of the case, and supporting materials providing the causality of a wreck or damages, is determined in-advance.

The NC Rules of Civil Procedure work to avoid confusion, surprises in court, and as a result, unnecessary litigation.

The efficient administration of justice demands compliance with the Rules of Civil Procedure and Evidence.

Violating the procedures and protocols normally will have consequences. A discovery violation can result in penalties imposed by the Court.

By sharing information and evidence with one-another, the parties are better able to make good decisions about the likelihood of success at trial.

It works to encourage good faith settlements, thus avoiding using valuable court time arguing over things that may disposed of well in advance of a trial.

Discovery also provides the opportunity for the lawyers, as part of legal representation, to provide guidance and advice.

Tactical decisions about how to proceed, including deciding to settle, are part of the reasoning behind the Rules of Discovery.

“Our Durham law firm appreciates the relationship between good information and good decisions.”

What are Sanctions for Discovery Violations?

Failing to provide information, without good cause or legal grounds, may subject the offending party to sanctions.

Sanctions are a form of punishment, although they aren’t the same as going to prison or being place on probation, like in Criminal Court.

Incomplete and inaccurate responses to discovery requests may result in striking an Answer or Pleading, otherwise subject the offending party to sanctions that include reimbursing the opposing side for attorney’s fees.

There are lot of options for the Court (the Judge).

In our civil court system, the Rules of Civil Procedure control how cases are argued in court. It’s party of the litigation process.

The Doctrine of Clean Hands demands both the Plaintiff and Defendant to proceed in good faith.

The includes exchanging documents, materials, evidence, even if those materials hurt the case or are embarrassing to one of the parties.

Even if the materials obtain are later deemed irrelevant or admissible evidence, they may still be subject to Discovery under the Rules.

Interrogatories and Requests for Admissions, among the other forms of discovery, need only be “reasonably calculated to the discovery of admissible evidence.”

Acting in bad faith, hiding information or manipulating evidence, if proven in court, can end up in the dismissal of a cause of action and defenses asserted.

The offending party may even be subjected to the Court:

Legal consultations are our Durham law firm are free of charge. What you tell us is confidential.

We look forward to hearing from you and answering your legal questions.