Do I Need a Lawyer for DUI Charges in Durham? 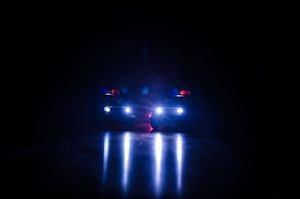 Over the years people have called driving while impaired charges different things. It doesn’t really matter whether you refer to it as DUI, “drunk driving” or DWI in North Carolina, it’s very serious.

Best bet: If you’ve been arrested, focus on finding a lawyer. Criminal charges deserve the attention of an experienced defense attorney who is dedicated to hard work, courtroom skills, and compassionate legal representation.

“My job as a lawyer is to help you understand a complicated legal subject. We want to make sure you understand the charges and the long-term consequences.”

What is DWI in North Carolina? What is DUI? 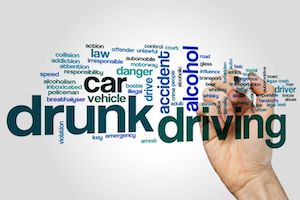 In years past, the NC criminal laws focused on driving under the influence. We still hear it called drunk driving.

DUI charges meant Driving Under the Influence of alcohol to most people in the community. It’s important to understand, even since we’ve updated the name of the criminal offense in NC, to driving while impaired it’s still illegal to drive under the influence.

If you’ve lost the normal control of your mental or physical faculties, to such an extent that you’re appreciably impaired, you’re “under the influence.”

In fact, N.C.G.S. 20-4.01(48b) still makes reference to driving under the influence of an impairing substance. So, while we may now call it something different now, DUI in North Carolina is still illegal.

The laws changed some years ago to reflect the fact that there could be confusion with “DUI.” There was such a connection to being under the influence and alcohol that it made sense to be a bit more general.

DWI stands for Driving While Impaired. People seem to understand you can be impaired by more than just alcohol. Illegal drugs can also impair your mental and physical faculties. That’s true too for legal drugs and prescription medications.

You can be convicted of DWI in NC if you’re impaired by a prescription. It’s not a specific intent crime. You don’t have to intend to be driving while impaired. It can be an accident. Mens rea is not required.

The law in North Carolina is now entitled Impaired Driving in N.C.G.S. 20-138.1. It still references driving a vehicle while “under the influence.”

The NC DWI laws make it clear there is more than one way to be found guilty of the charges.

To be clear, you do not have to be “drunk” to be convicted of DWI. It is not the same as drunk driving or drunken driving.

What is Impaired Driving in NC?

You can be convicted of DWI charges if the State can prove, Beyond a Reasonable Doubt any of these three things:

Again, impaired driving is not limited to “drunk driving.” While it’s true that if you’re driving drunk you can be convicted of DWI in North Carolina, it’s not required.

The legal standard is much lower than you might realize. “Impairment” is said to be noticeable or discernable.

If you’ve consumed an impairing substance that can be “appreciated,” “noticed” or “described” by a law enforcement officer, you can be found guilty. That’s appreciable impairment.

For more information on DWI charges in NC, check out the NC pattern jury instructions here.

Is DWI a Felony or Misdemeanor in North Carolina?

Normally, with nothing else, DWI is a misdemeanor. But, there are important exceptions.

This is true for many different types of criminal charges in North Carolina. There are often exceptions to the general rule.

That’s one reason it’s imperative to retain an experienced defense lawyer to help you understand what has become a complicated legal system.

DWI may be what defense lawyers call a predicate offense for serious felony charges in North Carolina. Impaired driving may even be a component of Murder charges and Manslaughter charges.

And a substantial prior history of DWI in NC may subject you to mandatory jail time and/or Habitual Impaired Driving charges.

If you’ve been arrested or charged with DWI, it’s crucial you speak with a defense attorney as soon as possible. While lawyers are never required in court, they can be very helpful.

“We provide a confidential consultation for criminal charges in Durham County. Even if you choose not to hire the firm, we’re more than willing to answer questions and provide information about the best-case and worst-case scenario.”

Alcohol Charges in Durham Habitual Impaired Driving When Can I Drive After a DWI in Durham? Texting While Driving – Reasonable Suspicion to Stop?
Contact Us
Practice Areas
Reviews
★★★★★
Cole Williams is a fabulous courtroom attorney. He's someone I respect and admire, having litigated complex legal matters in Durham with him. Our firm regularly refers clients to Cole and his staff, knowing they'll be treated in a kind, professional manner. Bill Powers, Charlotte Attorney
★★★★★
I've known Cole Williams both personally and professionally for more than 20 years. Cole has a keen legal mind and tenacious spirit. He is widely respected both in the Durham legal community and in North Carolina as a courtroom advocate. I highly recommend Cole Williams to you. John Fanney, Raleigh Criminal Defense Attorney
View More
Submit a Law Firm Client Review