We're Here to Help
Contact Us Now For a Free Consultation
Home
DUI/DWI
Texting While Driving – Reasonable Suspicion to Stop? 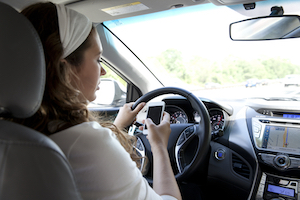 Whether you've been stopped for DWI in Durham or police pulled you over for some other traffic offense resulting in a felony, the legal basis for the stop is an important consideration in your defense.

Texting while driving in North Carolina, as set forth in N.C.G.S. 20-137.4A, may be an infraction and not subject to the issuance of points by NCDMV.

At the same time, there are instances when texting while driving may subject the alleged offender to prosecution as a Class 2 Misdemeanor.

Misdemeanor prosecution is related to instances when the texting takes place when operating a school bus.

In such instances it is relatively serious, given misdemeanor charges in North Carolina carry the possibility of probation, fines, costs of court, and even jail, when legally appropriate.

What Does the Law Say?

Texting while driving in NC, which is a type of distracted driving, may involve both reading and texting messages, emails, and social media posts.

"As we all know, ordinarily texting involves long periods of looking down while you’re typing a response or reading an email or text. Clearly, that’s dangerous."

Can I Get My DWI Dismissed?

North Carolina is not alone in establishing a distracted driving law regarding texting while driving.

48 states have enacted laws prohibiting texting while driving and other forms of distracted driving.

The National Safety Council estimates that distracted driving accounted for somewhere in the range of 23,000 accident-related fatalities between the years of 2013 and 2018.

Some experts on Traffic Safety believe texting while driving is more common than “drunk driving” given the number of people who actively engage in using electronic devices while operating a motor vehicle.

It is most certainly under-reported, as many motorists do not want to admit to texting while driving in fear of both criminal or civil liability for an accident.

Traffic Tickets and Insurance in NC

It's hard to argue against the conclusion that texting while driving, at least in the overall number of motorists on the road doing so, is more common than DUI / DWI or driving while subject to an impairing substance in North Carolina.

Texting is Illegal in North Carolina

N.C.G.S. 20-137.4A sets forth it is illegal to read or text while operating a motor vehicle on the public streets, highways, and public vehicular areas of North Carolina.

That necessarily includes cars, trucks, semi-trucks, motorcycles, and other motorized “conveyances” as may be defined under Chapter 20 “Motor Vehicles.”

It’s also against the law to enter by typing (manual entry) “multiple letters” as a means of communicating on a mobile device, cell phone, or other electronic device.

There are important exceptions to the law.

If your vehicle is parked, texting, reading, and replying to emails is authorized under the law.

Do I Need a Lawyer for DWI in Durham?

Law enforcement officers, ambulance drivers, and fire department personnel are excluded from the law as well.

"That strikes me as odd, as during an emergency police and EMS often drive at very fast speeds. It’s hard to imagine adding high speeds makes texting any more safe."

Another important exception to the NC texting law involves the use of “voice operated technology.”

If you can listen to and respond to texts and emails, using a voice-operated application, that is OK under the law.

As a practical matter, at least from an anecdotal basis, very few motorists “listen” to texts and emails.

They may respond using “Hey Siri,” using voice-to-text. At the same time, reading electronic media prior to responding by voice is the more common practice.

It too is illegal.

Other exceptions to the law authorize the use of GPS – Global Positioning Devices.

If using your GPS, it doesn’t matter whether it was factory-installed in your vehicle or purchased after-market.

Similarly, one may use mobile devices to access GPS applications and remain in compliance with the law.

Can Texting Lead to Other Criminal Charges and Traffic Violations? 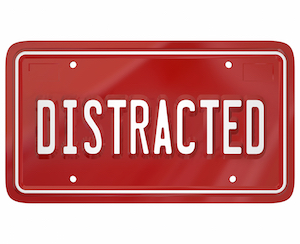 Texting and posting to social media may serve as a legal basis for other criminal charges.

The way you operate a motor vehicle, while texting, may result in allegations of careless and reckless driving, failure to properly maintain lane control, and even a citation for “unsafe movement.”

Relative to mobile devices, that often means you’re “heads down” for long periods of time and not looking where you’re going.

Clearly, that can result in accidents and driving in a way that is likely to draw the attention of law enforcement.

Police officers in North Carolina may stop a vehicle, which is a type of seizure, if Reasonable Suspicion exists.

Although it may be hard to tell reason you’re driving across center-lines, running up on the curb or crossing the fog line, the fact you’re driving in an unsafe fashion may serve as legal basis to stop your car.

Once stopped, that obviously can result in police observing other criminal acts such as DWI, open container violations, and drug offenses.

"Even if you didn’t mean to cross the center line or had an explanation for the driving, if law enforcement could lawfully stop you, that often ends the legal inquiry."

If you have been charged with a motor vehicle offense, arrested for DWI in Durham, or just got a ticket for a Chapter 20 violation, we think it’s a good idea to consult with a lawyer.

The consequences of a conviction for impaired driving or even something like simple possession of marijuana and drug paraphernalia can be problematic.