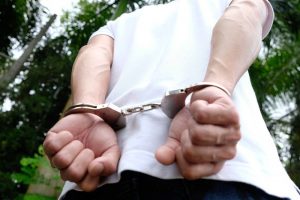 If you’ve been arrested and charged with “drunk driving,” it’s important to start your legal defense as soon as possible.

That may include obtaining copies of the Charging Officer Affidavit, any arrest notes, police reports, dash-camera footage, and body-cam recordings.

Effective DWI defenses are characterized by preparation, careful review of the fact-pattern, and developing, early on, a “theory of the case.”

A conviction for DWI in Durham carries more than the potential for revocation of your NC DMV driver license, Court Costs, fines, and fees.

Even a charge of driving while impaired can adversely affect your employment and ability to provide for your family.

With options like Lyft and Uber, there now is a very real social stigma associated with an arrest for driving while impaired.

If I have no prior arrests, can I get my DUI charges dismissed?

Getting arrested for driving while impaired does not mean you are a bad person.

A clean driving history and lack of criminal record certainly are helpful if you are convicted of DWI.

At the same time, living an otherwise wholesome life and being a contributing member of society doesn’t result in a dismissal of DWI charges in Durham.

Courts look at fact-patterns and review the law.

It’s important to understand equity in the law, where the Court (the Judge) considers the crime vs person accused of breaking the law, can be a part of sentencing after a guilty plea or being found guilty.

Our job as DWI defense lawyers is to systematically review the case and determine whether valid defenses are available.

Given the possible adverse consequences of a conviction, it’s understandable that people charged with impaired driving look for ways to avoid a conviction.

It’s normal for clients to ask, “Can I get my DWI charges dismissed?”

In preparing a defense, it’s important to answer the following questions:

Was the stop legal?

DWI defense lawyers tend to first ask, “Why were you pulled over?”

Was the traffic stop legal and consistent with the NC DWI laws?

Were there legitimate legal grounds to stop you?

Traffic stops, with few exceptions, must be supported by Reasonable Suspicion to Stop.

Reasonable Suspicion must amount to more than a hunch or educated guess.

Those are the types of questions DWI defense lawyers ask.  Reasonable suspicion is based on the facts and careful consideration of the NC traffic laws – Cole Williams, Criminal Defense Lawyer in Durham

In contrast, officers can’t pull you over based on an unparticularized hunch.

The basis for traffic stops must be based on legitimate legal grounds.

Examples of a “pre-textual stop” might involve testimony from the police officer including statements such as:

Defense lawyers may challenge, assuming legitimate legal grounds exist to do so, the Reasonable Suspicion to stop a vehicle.

That may require filing a formal Motion to Suppress the Stop.

If the stop was illegal, the Exclusionary Rule may mandate the suppression of evidence of impairment and possible dismissal of charges.

If you’ve been charged with DWI in Durham, we recommend you retain legal counsel immediately.

Cole Williams is an experienced defense attorney with a reputation for compassionate advocacy, hard word, and dogged attention to detail.

DWI cases can be won and lost in the intricacies of the case – Cole Williams, Durham Criminal Defense Lawyer

We do not charge a consultation fee for criminal matters, including both misdemeanor and felony DWI charges for:

You may also reach Cole Williams personally by email.