The Rules of Evidence in North Carolina regarding character, and how they’re applied to criminal charges in 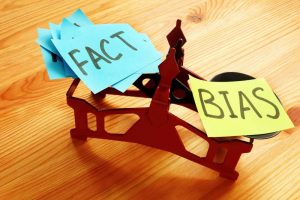 Durham, are more than theoretical.

They affect the admissibility of evidence, what information is presented by the State to prove criminal allegations, and can very much affect whether the disposition results in a verdict of guilty or not guilty.

There is a reason Evidence is a required course for most law students.  It’s a daily part of litigation for DWI charges, felonies, misdemeanors, and personal injury accident cases alike – Cole Williams, Durham Lawyer

What is Character Evidence?

Evidence of other criminal wrongdoing, crimes, or acts may not be admissible to show that the accused has a bad character, thus making it more likely the Defendant committed the criminal allegations.

If we were to be judged for prior wrongdoing and ‘bad character,’ that could result in an unfair trial.  The presumption of innocence is a fundamental Constitutional Right – Cole Williams, DWI Lawyer Durham NC

Character evidence under rule 404(b) may be admissible for other purposes though.

As such, character evidence that shows the intent to commit a crime, the opportunity, preparation, motive, identity of the defendant, their knowledge of the offense, entrapment, accident, or absence of mistake may be admissible in the case in chief.

There is something called the Rule of Inclusion pertaining to the admission of evidence indicating acts by the defendant, other wrongs, and crimes.

Can I get my DWI dismissed?

There is an exception to the rule inclusion setting forth that exclusion from such character evidence would not be proper if its only purpose is to show the defendant has the character, disposition, and or propensity to commit the type of criminal charge as alleged.

That is a Latin term that, roughly translated, means “of new” or “from new.”  The legal concept is that the appellate court is not limited by the Abuse of Discretion legal standard.

As such, the appellate Court (NC DOA / Supreme Court) may reverse a ruling on whether evidence is admissible or not admissible under Rule 404(b) if it would have come to a different legal conclusion.

They start “fresh” or “anew” in reviewing the evidence at issue and the admission (or suppression of evidence) pertaining to 404(b) Character Evidence.  Admissibility of such evidence is an issue of law, not discretion.

That is a different legal standard as applied in the “balancing process” in Rule 403 regarding the probative value of the evidence (the likelihood the evidence is relevant to the proceedings) vs the potential prejudicial impact of its admission at trial.

Character evidence may be properly admitted if it shows prior wrongful criminal acts were part of a string or chain of events that helped explain the preparation, motive, planning, and or the Commission of the crime at hand.

If the incidents are offered for a legitimate or proper reason, the test of admissibility involves a consideration of whether the incidents in the past are sufficiently similar and not so remote in time that they are more helpful, probative than potentially prejudicial.

Appellate of Rule 403 balancing test issues are subject to the aforementioned abuse of discretion test.  The Court’s (the trial Judge’s) discretion is afforded great leeway in making such legal rulings.

403 balancing test rulings by the trial court can only be reversed  in the event the ruling was arbitrary, therefore an abuse of discretion, and could not have been made as part of a reasoned decision

Character evidence in criminal trials can be an intricate part of criminal prosecution.

Put simply, it is a relatively complicated legal precept.

While there is a presumption of innocence under the constitution of both United States and North Carolina, there may be instances when prior felony or misdemeanor charges, acts of misconduct, and wrongdoing may be appropriately admitted.

If you’ve been arrested or charged with a criminal offense in Durham County North Carolina, call attorney Cole Williams now to schedule a consultation.

Part of our job is to help explain criminal charges to our clients. It frankly can be a bit complicated at times.