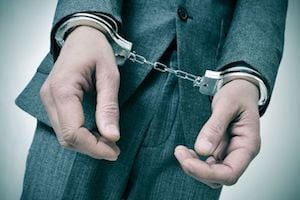 An DVPO is a type of protection order and may be entered in addition to any terms and conditions of bond as set forth pursuant to N.C.G.S. 15A-534.

While violating the terms of release may result in revocation of that bail/bond, willful failure to comply with a DVPO is, in itself, a serious criminal charge.

Domestic Protection Orders are authorized under North Carolina General Statute Chapter 50B and require a finding that “Acts of Domestic Violence” occurred.

50B hearings can have substantial consequences in Family Court, involving issues of Child Custody, Temporary Support, and possession of a residence.

Testimony during a civil hearing to extend an ex parte protection Order is presented to a District Court Judge, where 50B hearings are conducted.

“A civil complaint alleging ‘Acts of Domestic Violence’ has the potential to adversely affect the disposition of criminal charges. It doesn’t much matter if they are a felony or misdemeanor charge, the consequences can be significant.”

Durham Domestic Violence charges occasionally merit legal advice by a criminal lawyer and possibly may include consultation with a family law attorney.

Deciding how to proceed and whether to even appear at a DVPO / 50B Hearing demands careful consideration of the factual basis of the allegations and to some extent, tactical decision-making.

It helps to have a criminal lawyer by your side to help explain the intricacies of such matters in court.

Proof Beyond a Reasonable Doubt is the legal standard for criminal charges in North Carolina.

That’s true whether it’s involving a felony or something like simple assault or assault and battery, both of which are misdemeanors.

Civil Court matters, at least those relating to issuance of a year-long DVPO, are subject to the legal standard known as “By the Greater Weight of the Evidence.”

That is a substantially lower standard than in criminal charges. Generally speaking, it means something “more likely than not” happened.

The State (the prosecutor in Durham) carries the burden of proof in criminal court.

The Assistant District Attorney (ADA) assigned to prosecute the matter must prove each and every element of the criminal charges to the legal standard of Proof Beyond a Reasonable Doubt.

That’s substantially different than how things proceed in civil court.

The defendant facing criminal charges cannot be called to the stand, by the State, to testify against himself.

“A criminal defendant has no duty to present evidence, testify, or prove his or her innocence. They also are not required to ‘Take the 5th' in that the State cannot call them as a witness in their case-in-chief.”

That is not necessarily how civil court, where a 50B Complaint and Motion for Domestic Violence Protective Order, handles DV cases.

In civil court, during a 50B hearing, the Defendant may be called by the Plaintiff as a witness, even it taking the Defendant’s testimony might harm pending criminal charges.

In that instance, the Defendant may choose to exercise their Fifth Amendment Right against self-incrimination.

The decision to exercise that privilege may create a “negative inference” by the Court in determining whether Acts of Domestic Violence took place.

Many “Acts of Domestic Violence” can also be violations of the NC criminal laws.

As such, the same complained-of behaviors may serve as a proper legal basis for both the institution of criminal charges and a DVPO in Durham.

** That’s as true in Raleigh and Charlotte, (and throughout all of NC) as it is in Durham County.

Bringing both criminal charges and a civil DV Complaint does NOT constitute Double Jeopardy.

Criminal allegations are subject to punishment. Civil allegations in a 50B Complaint result in the Court either granting or denying protective relief.

A civil order precluding future acts of violence is not technically deemed a punishment despite the fact a person subject to a DV Order may face substantial consequences to their employment and status in the community.

Furthermore, a willful violation of an 50B Order may result in the institution of a new, somewhat unique criminal charge referred to as “Violation of DVPO.”

As a Class A1 Misdemeanor, it carries a maximum period of jail/prison time of 150 days.

Durham defense lawyers are well-aware of the fact that “DV” may involve defending several different types of criminal charges in court.

Those “Acts of Domestic Violence” may include criminal charges (and possible indictment by a Grand Jury when appropriate) including things like: 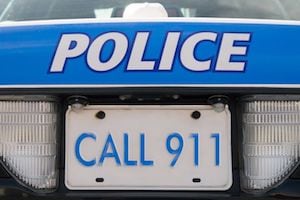 If you’ve been accused of DV charges in Durham, we’re here to help. Cole Williams is an experienced courtroom lawyer, dedicating to providing sound legal advice and compassionate legal representation.

Our law firm and staff provide guidance during difficult times. That may involve legal advice for DV charges, and a pending ex parte DVPO.

There are special rules/procedures in North Carolina regarding setting bond for DV charges that may involve a “hold” for a period of time.

If you or someone you love has been accused of domestic violence, we encourage you to remain silent. Politely refuse to answer questions or participate in an investigation.

It’s also a good idea to discontinue texting, emailing, and sending any social media “messaging” to anyone involved. Seek the advice of legal counsel.

Time may be of the Essence

It’s important to speak with an experienced Durham criminal defense lawyer without delay.

Information you share with Cole Williams and the staff at our law firm is confidential. We honor and protect the attorney-client privilege.

Given the possible involvement of civil court and filing of a 50B DVPO, your lawyer will want to review the paperwork associated with the matter.

“Some clients don’t even realize they’re been served with both a Warrant for Arrest and a Complaint and Motion for Domestic Violence Protective Order.”

If you Googled, “Lawyers near me in Durham NC,” please call now. It would be an honor to speak with you.