On the last day of 2020, the Court of Appeals again reminded DWI lawyers in North Carolina, prosecutors, and 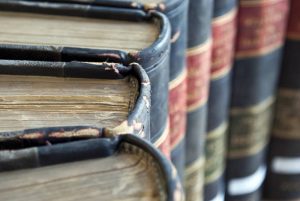 judges of the importance of technical compliance with statutory and constitutional protections relative to DWI Checkpoints in NC.

North Carolina v. Deshandra Cobb or “State v. Cobb” (No. COA19681) is penned by Judge Brook of the appellate court and contains a dissent by recently appointed Chief Judge of the Court of Appeals, the Honorable Donna Stroud.

Therein the Court discusses both the “roadblock” statute as set forth in N.C.G.S. 20-16.3A as well as constitutional protections under the 4th Amendment.

Vacating the trial court’s Order denying the defendant’s Motion to Suppress, the Court of Appeals sends the matter back to the presiding Superior Court Judge in Harnett County for further proceedings.

First and foremost, while the general public often refers to the offense of impaired driving as “drunk driving,” it’s important to recognize the NC DWI laws never mention the word “drunk.”

Can I get my DWI Charges Dismissed?

You don’t have to be drunk to be charged with DWI in North Carolina.

The State need only prove you were ‘appreciably impaired’ by some impairing substance that may or may not be related to drinking.  Impairment may include but is not limited to alcohol in liquor drinks, wine and beer  – Cole Williams, Criminal Defense Lawyer

Our appellate courts mandate a two-step process in determining whether a roadblock, “checking station” or “DWI checkpoint” is legal under the law.

The first line of inquiry involves a determination of something called the Primary Programmatic Purpose.”

Thereafter, the Court makes, as a Conclusion of Law (legal ruling) whether the DWI checkpoint is reasonable under the 4th Amendment.

DWI checkpoints and other traffic safety roadblocks are deemed “seizures” under the law.

Motor vehicle related “seizures” trigger constitutional protections under Chapter 20 of Article I of the NC State Constitution and the Fourth Amendment to the US Constitution.

What is a Primary Programmatic Purpose?

Checking stations established to confirm you possess a validly issued driver’s license (by NCDMV or another state) or looking for registration violations, and impaired driving offenses (DWI) are authorized under the law.

Checkpoints established to find generally “any type of criminal violation” or “general crime control and public safety” may not be valid even if police officers may have legitimate highway safety concerns as a secondary objective.

Without more, simply setting forth what has been deemed in the past a legitimate primary programmatic purpose, does not in-and-of-itself end the inquiry.

Can I get a license after DUI?

Courts carefully consider the motivations behind DWI checkpoints and checking stations.  Motions to Suppress are subject to analysis of the facts on a case-by-case basis – Cole Williams, DWI Defense Lawyer in Durham NC

While DWI checkpoints may indeed qualify as a permissible purpose under the Primary Programmatic Purpose inquiry, Courts are mandated to further consider the gravity of the public concern effectuated considering the surrounding circumstances of the checkpoint subject to challenge by a Motion to Suppress.

NC State Highway Patrol, Durham Police, and law enforcement in Durham County NC (and throughout all of North Carolina) must “appropriately tailor” checkpoint and checkpoint stops to comply with the Primary Programmatic Purpose.

Checkpoints must achieve the alleged objectives and reasonings behind stopping vehicles at a checkpoint.

Ordinarily, police cannot stop vehicles without reasonable suspicion or probable cause.  Checkpoints are an exception to the general rule.

That’s one reason trial judges carefully consider both the motivations behind DWI checkpoints, why they were set up, and where roadblocks were established.

Thereafter, if challenged in a Motion to Suppress or Motion to Dismiss for lack of evidence, an inquiry is made into whether the stated purposes line up with the actual effect.

Did the checkpoint, as established and operated, comport with the stated Primary Programmatic Purpose?

Your legal matter deserves a careful analysis of both the law and the facts.  Given the consequences of DWI charges in North Carolina, it makes sense to hire a DWI defense lawyer with substantial courtroom experience in Durham – Cole Williams

Legal consultations for criminal charges in Durham NC are confidential and subject to what defense lawyers may refer to as the “attorney-client privilege.”