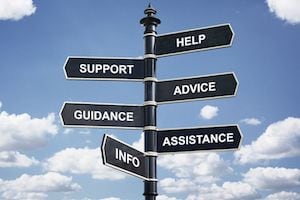 Felony DWI charges in North Carolina are defined in Chapter 20-138.5 of the General Statutes. It is formally referred to as Habitual Impaired Driving under the law and by criminal defense lawyers alike.

Sentencing as an Aggravated Level 1 DWI offender in North Carolina, as established under Laura’s Law, has important distinguishing aspects from habitual impaired driving, which is a felony criminal charge.

“Laura’s Law differs in some important ways. It includes consideration of all Grossly Aggravating Factors rather than focusing solely on prior convictions for ‘drunk driving’”

What is Habitual Impaired Driving?

Habitual Driving While Impaired is different from the status of Habitual Felon in North Carolina. Unlike “three strikes” laws, common to habitual felon status across the country, habitual impaired driving might be better described as “four strikes and you’re out.”

Habitual DWI is distinct and separate from Habitual Felon sentencing. It is a felony offense based on multiple violations of what would otherwise be deemed a misdemeanor criminal charge.

At the same time, habitual impaired driving may be a predicate offense for a habitual felon indictment.

The State of North Carolina is required to prove all criminal charges Beyond a Reasonable Doubt. That burden of proof applies to submitting admissible evidence proving prior DWI convictions and other factors in aggravation.

The Defendant (the person accused of criminal charges) has no Burden of Proof.

In order to make out a prima facie case for habitual driving while impaired in North Carolina, the State must prove:

N.C.G.S. 20-4.01(24a) is generally thought of as an “inclusive” statute. The General Assembly, in establishing the laws regarding what is and is not a prior impaired driving offense, includes substantially similar conduct in other states.

Prior convictions for “drunk driving,” for the purposes of sentencing, are not strictly limited to convictions in North Carolina.

Out of state violations/convictions may include similar offenses of DUI in South Carolina, OWI, driving under the influence of alcohol, operating a vehicle while appreciably impaired, and even felony habitual impaired driving.

In that prior convictions are an essential element of habitual DWI in North Carolina, the State must prove, Beyond a Reasonable Doubt, every such out-of-state convictions for DUI, DWI, and/or OWAI.

The accused carries no such burden of proof, presentation of evidence, or persuasion Beyond a Reasonable Doubt.

The fact that the Defendant does not present evidence or testify cannot be used as evidence against them.

Effective for offenses that take place on or after December 1, 2011, Laura’s Law substantially increased the penalties for misdemeanor DWI charges.

Prior to formally amending N.C.G.S 20-179, the maximum period of incarceration for a misdemeanor DWI charge was 24 months (2 years). The highest “level” for sentencing purposes, relative to DWI charges, was “Level 1.”

The maximum fine for a Level 1 DWI remains $4,000 and the maximum period of incarceration in the North Carolina Department of Adult Corrections (DAC) is two years.

Aggravated A1 DWI sentencing takes into consideration more than just prior convictions for driving while impaired.

The Court is required to conduct a sentencing hearing, consistent with N.C.G.S. 20-179, where the State submits proof of statutorily defined “factors in aggravation.” 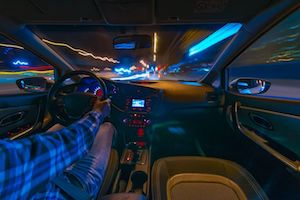 That is different from Habitual DWI, which considers the Prior Record Level or “PRL” of the offender, using the felony sentencing grid, and the number of prior DWI convictions within a 10 year “look back.”

Misdemeanor sentencing considers substantially more factors such as the existence of minor children in the vehicle at the time of the offense, the status and/or revocation of the Defendant’s license due to a prior DWI charge, and whether another party was injured as a result of the impaired driving.

DWI defense lawyers refer to those as the Grossly Aggravating Factors or “GAF’s.”

**Each case is different and the NC DWI sentencing laws in are notoriously complex. If you have questions about the best-case and worst-case scenario in your DWI charges, we encourage you to immediately consult with a Durham DWI defense lawyer.

Instead on limiting the sentencing to Prior Record Level and Convictions, Laura’s Law takes into consideration:

Misdemeanor Aggravated DWI (Level A1) mandates a minimum prison term of 12 months (1 Year). Level A1 offenders are specifically excluded from consideration for parole by the NC Department of Adult Corrections.

Following incarceration (prison), the Defendant is required as a part of post-release suspension refrain from the consumption of alcoholic beverages. Proof of compliance mandates installation of a Secured Continuous Remote Alcohol Monitoring device or “SCRAM.”