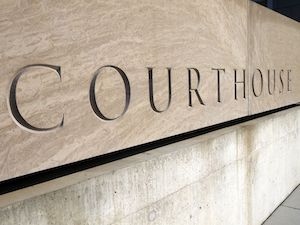 If you need information about an arrest in Durham, NC, we recommend you seek out legal representation without delay.

Preparing your defense should begin immediately.

The legal system in North Carolina, relative to criminal charges, has become increasingly complicated over the years.

It does not matter whether you have been accused of “drunk driving,” a minor misdemeanor in District Court, or face a serious felony in Superior Court.

We believe having a lawyer by your side in court, explaining your legal options and rights, just makes good sense.

Do I Need to Hire a Lawyer?

In North Carolina, you are allowed to serve as your own legal representative in court.

You are not required to hire or even use a lawyer.

Generally speaking, a defense attorney will not be forced upon you.

In certain circumstances, the Court may appoint counsel if the accused is unable to understand the nature and object of the proceedings against them.

Obviously, the court may also appoint counsel for certain legal matters when the accused cannot afford an attorney.

A Public Defender or other appointment of a criminal lawyer is not automatic or necessarily available for every criminal charge.

As such, for most legal matters involving criminal charges in North Carolina, you are not required to retain an attorney or even follow the legal advice given by a lawyer appointed as legal counsel.

At the same time, the founders of the United States clearly saw the benefit and importance of legal counsel, as the right to an attorney is fundamental to our system of justice.

Indeed, that's one of the central aspects of Miranda rights and the 5th Amendment to the United States Constitution as applied to the states through the 14th Amendment.

You may recall hearing something on TV shows about, “If you cannot afford an attorney one will be provided to you.”

We believe, given the complexities of the system, you may be at a tremendous disadvantage serving as your own legal representative in court.

Law school is three years long. There's a reason for that.

Generally speaking, you have to have really good grades in school and test well on the Law School Admission Test or “LSAT.”

It takes that long to train some very bright people. Even getting into law school is a competitive process.

On top of that, attorneys in North Carolina cannot practice law if they do not pass the Bar Exam.

So while you may serve as your own legal representative in court, that may not always be a good idea. 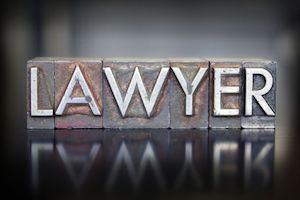 Sometimes people fail to realize prosecutors are also lawyers. So are judges in District Court and Superior Court.

Prosecutors take an oath roughly stating that they will endeavor to administer the criminal laws in a fair and impartial manner.

Assistant District Attorneys are also charged with the responsibility of serving the state of North Carolina, the local office of the district attorney, and to maintain, support, and defend the constitution of North Carolina.

"Some of the best lawyers in Durham are in fact prosecutors."

They are professional, experienced, and well acquainted with how our courts in Durham operate on a day-to-day basis.

Your criminal defense lawyer should be too.

He has devoted a substantial amount of his professional career helping people accused of breaking the law, whether that be for minor traffic tickets or something more serious like felony death by vehicle charges.

If you have questions about your criminal case in Durham, Cole Williams is available for consultation.

There are no consultation fees for criminal charges at the Law Office of N. Cole Williams.

Everything you tell Cole from start-to-finish, from the initial consultation to closing the file as attorney-of-record, is protected by the attorney-client privilege.

That’s true even if you ultimately choose not to retain Cole Williams’ services for legal representation and/or decide to represent yourself in court without a lawyer.

After an Arrest What Should I Do?

If you're researching lawyers online, you may have a husband or a wife or friend or family member locked up in the Durham County Jail.

"We regularly work with friends and family members of the accused, helping to explain the legal system and serving as legal counsel during bond hearings, probable cause hearings, and other important court appearances." 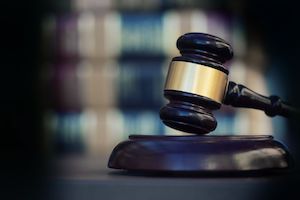 Getting your friend or loved one out of jail is often an important first step.

Posting a bond or making bail, as set, is not always an option and therefore may necessitate a Bond Hearing to review the conditions of release.

There are some types of charges where bond or bail is not required.

There are also other instances, due to the severity of the offense or prior record of the accused, when posting bond all but impossible.

Chapter 15A-534 of the North Carolina criminal laws establishes the policies and procedures for determining the conditions of release, bond, and the possibility of posting bail.

15A-533 sets forth statutory rights regarding terms and conditions of release in both non-capital charges and those involving the death penalty in North Carolina.

“Capital charges” subject the accused to the possibility of the death penalty.

“Non-capital” offenses in North Carolina do not involve the death penalty.

Release from custody is not automatic. It also is not guaranteed in every instance.

The accused is entitled to a review of terms and conditions for release, where appropriate judicial official may consider things such as: 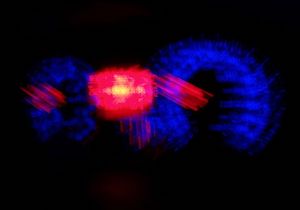 Terms and conditions of release, which necessarily include considerations of bond amount or type of bond (secured bond / unsecured bond / written promise to appear / cash bond / custody release), can be a bit complicated.

There may be important timing issues associated with an Initial Appearance, bond hearings, probable cause, and the indictment process if the charges involve a felony.

Durham Criminal Lawyer - Helpful Information
Contact Us
Practice Areas
Reviews
★★★★★
Cole Williams is a fabulous courtroom attorney. He's someone I respect and admire, having litigated complex legal matters in Durham with him. Our firm regularly refers clients to Cole and his staff, knowing they'll be treated in a kind, professional manner. Bill Powers, Charlotte Attorney
★★★★★
I've known Cole Williams both personally and professionally for more than 20 years. Cole has a keen legal mind and tenacious spirit. He is widely respected both in the Durham legal community and in North Carolina as a courtroom advocate. I highly recommend Cole Williams to you. John Fanney, Raleigh Criminal Defense Attorney
View More
Submit a Law Firm Client Review