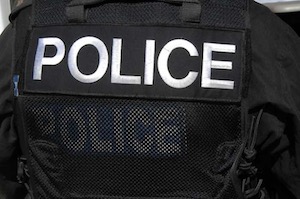 If you have been charged with a domestic violence crime in Durham, it's important to retain experienced legal representation as soon as possible.

Domestic violence charges can result in serious penalties, and without a lawyer on your side, you could be facing a tough battle in court.

In fact, just being arrested and charged for DV allegations may adversely affect your reputation in the community.

In this article, we will discuss why we believe it’s important to seek the help of a lawyer for your domestic violence charges in Durham and outline some of the potential penalties you may face if convicted.

How Do You Handle Domestic Violence Cases?

"There tend to be a lot of moving parts when it comes to allegations of domestic violence. They can involve criminal charges, restraining orders, and issues involving the family."

Can You Get Jail Time for DV Charges in NC?

A conviction for one type of misdemeanor domestic violence, Assault on a Female or “AOF” in North Carolina, can result in a maximum sentence of up to 150 days in jail.

Assault on a Female is a Class A1 misdemeanor in NC. It’s the same class of charge as Assault on a Government Official and misdemeanor Assault with a Deadly Weapon or “AWDW.”

It's important to understand, Domestic Violence applies to a wide range of different types of criminal charges in North Carolina.

They can include both misdemeanor and felony charges.

For example, while Assault on a Female in itself is a Class A1 Misdemeanor, if it involves strangulation in North Carolina, that may also result in a felony indictment for Assault by Strangulation.

Of course, that’s also true if the assault results in the infliction of serious bodily injury. That too is a type of Felony Assault in North Carolina.

What is the Difference Between a DV Protective Order and a Restraining Order?

A Domestic Violence Protective Order (DVPO) is a kind civil order that is issued by a judge to protect alleged victims of domestic violence from possible physical violence, imminent serious bodily injury, and substantial emotional distress.

A DVPO is a type of "restraining order." You may have also heard it referred to as a:

Failure to comply with Court Orders can also affect things like child custody and visitation issues in the family law context.

What are Some Common Misconceptions About DV Cases? 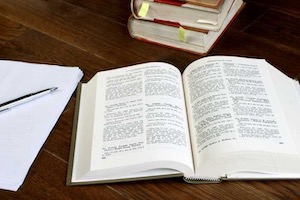 There are many misconceptions about domestic violence cases, especially when it comes to the role of law enforcement and prosecutors.

Some people mistakenly think that the police won't arrest the person accused of DV (the Defendant) unless the alleged victim wants to press charges.

Another common misconception is that the prosecutor will automatically dismiss the charges if asked to do so by the alleged victim.

Furthermore, physical abuse, personal injury, and physical violence is not always required. There are other forms of Domestic Violence in NC, such as Communicating Threats and Injury to Personal Property.

Similarly, while DV charges may include allegations of spousal abuse, the defendant (the person accused of acts of domestic violence) need not be married to the alleged victim.

You also do not need to currently reside in the same household or marital home.

Threats of harm or violence, harassing behaviors, and certain types of threating, emotional abuse may be enough for criminal charges.

If you've been falsely accused we recommend you contact a lawyer in Durham NC who handles Domestic Violence charges and establish an attorney client relationship.

The initial consultation is free at our law firm.

What are Some Common Defenses to DV Charges?

There are several defenses that may be options in domestic violence cases, including self-defense, defense of others. Obviously, each case is different. Facts matter when it comes to allegations of DV.

If the victim does not want to press charges, your criminal defense lawyer may find that helpful.

We believe it is important to have an experienced domestic violence lawyer on your side who can help you navigate the criminal justice system and protect your rights.

If you have been charged with domestic violence in Durham, North Carolina, contact Cole Williams Law for a free consultation.

We can help you understand the charges against you and began preparing your defense.

How Do Lawyers Help With Criminal Charges?

Lawyers can help by providing you with information about your rights and options, as well as help you navigate the legal system.

They can also represent you at a trial, if you choose to go that route.

Having a lawyer on your side can make a big difference in the outcome of your case. The court system is relatively complicated and the possible consequences, as stated, are serious.

Should I Try to Call the Person Who Brought Charges?

If you want to talk to someone about what happened, you should call a lawyer, even if you think the charges are false. If you try to talk to the person who brought the charges, it could be considered tampering with a witness.

It may also be a violation of a Court Order relating to your release from jail. Conditions of Release from jail often include something called a "No Contact Order."

You also might say something that could be used against you in court. Let your lawyer handle all communication with the other party.

Similarly, you should not talk to other people about the case. That includes friends, family, and co-workers.

What you tell people, other than your criminal defense lawyer, is not protected by the attorney client privilege.

What Should I Do if the Police Come to Arrest Me?

Again, we think the first thing you should do is call a lawyer if you think there’s a chance police may be called.

If the police come to your house or workplace to arrest you, they may have a warrant for arrest. In certain circumstances law enforcement may also serve a Criminal Summons.

Be polite to law enforcement.

"Police have a job to do. You should not be combative to them. That can make the situation worse."

If the police don't have a warrant and choose to arrest you, tell them you wish to remain silent and speak with a lawyer. Say nothing more. Do not discuss what happened with them or anyone else until you have the opportunity to consult with an attorney.

If the police have already arrested you, then you should ask for a lawyer as soon as possible.

To be clear, an Arrest Warrant is NOT necessarily required for Domestic Violence charges.

What Will Happen at My First Court Appearance? 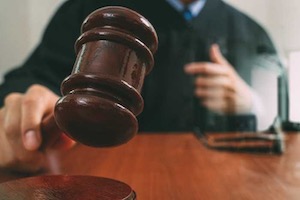 At your first appearance, the Judge may advise you of the charges against you and the possible consequences of a conviction.

They may also address the issue of legal counsel, asking whether you would like a court appointed lawyer.

To be clear, Court Appointed Counsel and a Public Defender are NOT guaranteed in every instance. You may apply for the appointment of legal counsel, which includes submitting something known as an Affidavit of Indigency.

The Judge may also review the terms for release, or what Durham domestic violence lawyers may refer to as the "conditions of release" or bond.

What is a Domestic Violence Protective Order?

A Domestic Violence Protective Order is a legal order issued by a judge. The order can include types of relief, such as:

What is a 50B in North Carolina?

It is a civil domestic violence protective order.

50B stands for the section of North Carolina General Statutes that deal with domestic violence.

If you are facing domestic violence charges in Durham, NC, it is important to retain a lawyer.

An experienced attorney can help you navigate the court system, protect your rights, and help ensure that you receive a fair trial.

What Happens if I Don't Do What the Judge Says in a Domestic Violence Protective Order?

If you violate any part of a Domestic Violence Protective Order, the Judge can hold you in contempt of court.

It also is a serious criminal charge in North Carolina.

This is a serious offense that can result in jail time, fines, and other consequences.

If you are facing domestic violence charges, it is important to retain a lawyer who can help you navigate the legal system and protect your rights.

What Happens if My Partner Wants to Dismiss the Charges? 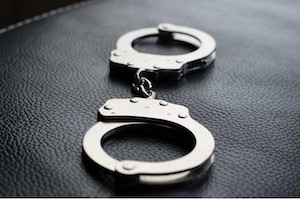 If your partner doesn't want to press charges, you can still be arrested and tried.

Whether to dismiss a charge is in the discretion of the prosecuting attorney the "ADA" Assistant District Attorney in Durham.

While they often listen to what the alleged victim wants, they decide whether to proceed forward with prosecution and present evidence or dismiss the charges.

Do I Need a Lawyer?

Given the consequences of a conviction, we think it's a good idea to have a lawyer standing by your side in court.

You should, at the very least, consult with an attorney to discuss your legal options and determine whether or not you should plead not guilty and request a trial.

There are many factors to consider when deciding whether or not to hire a lawyer.

The severity of the charges, the amount of evidence against you, your criminal history (if any), and whether or not you have a strong defense are all important factors to weigh when making this decision.

Do They Plea Bargain DV Charges?

Some cases end in a plea bargain. A lot depends on the nature of the allegations, your prior record, if any, and the severity of the offense.

The prosecutor has to prove their case beyond a reasonable doubt. They carry the Burden of Proof.

Can I Get My Charges Dismissed?

It is possible to get the charges dismissed, but that certainly is not guaranteed.

We think it is important to have an experienced attorney on your side who may help explain why a dismissal could be appropriate given the fact pattern and the unique aspects of your case.