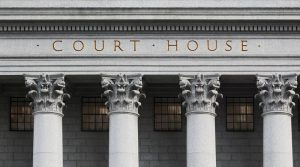 While it may come as a surprise to some, there are instances when an alleged “act of domestic violence” may subject the accused to indictment for federal offenses.  Obviously, each case is different.

In many, if not most instances, Domestic Violence or “DV” involves state court charges for violations of the NC Criminal Laws.

That may include things like felony assault, assault by strangulation, assault with a deadly weapon inflicting serious injury, and misdemeanor charges such as an assault on a female or communicating threats.

Federal charges and prosecution as a federal offense, carries the potential for longterm consequences, the judgment for which may be more severe than NC state court violations.  Take such matters seriously.

Domestic Violence relates to the relationship between the alleged victim and is not necessarily a criminal charge in and of itself.

There are several different violations of the criminal statutes that qualify for special consideration relating to bond and conditions of release if they are deemed domestic violence.

The prosecution in the federal court system relates to violations of the US Code.  That’s different than violations of NC state laws, which if they take place in Durham County, are prosecuted by the Office of the District Attorney in Durham.

They are two separate, distinct legal systems.  There can be cross-over for the same alleged criminal acts.

Our systems of justice can be a little complicated, if not confusing.  If you have been arrested or charged with any criminal offense, it’s our firm opinion your legal matter deserves careful consideration by an experienced criminal lawyer in Durham – Cole Williams

The constitutional protection against “Double Jeopardy” does not necessarily preclude prosecution for both state criminal law violations and those related to a federal offense under the United States Code.

If you Googled, “Lawyers Near Me” in Durham, it would be our pleasure to sit down and meet with you to discuss your criminal charges.  Cole Williams is an experienced, dedicated courtroom advocate.

Our legal consultations for criminal charges are free of charge.  We protect you and your confidences– Cole Williams

Please call now to schedule your complimentary consultation.  Legal consultations are subject to “attorney-client privilege,” even if you ultimately decide not to retain our legal services.

We provide legal assistance for matters including assault, assault/battery, assault on female, damage to property (injury to personal property), interfering with emergency communications, and communicating threats.